Most of the way west 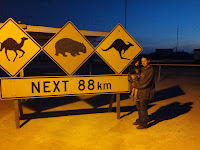 Our latest jaunt over west went better than the last one, but not flawless. We made it as far as Norseman, but that was as far as I felt like taking it - we had an at-the-time unspecified cooling issue that I later diagnosed as transmission related. Since the transmission is quite new, I decided we’d better play it safe and not take it north into the real heat. 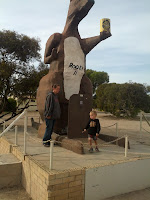 We also have some sort of electrical fault that needs diagnosing, resulting in the fridge packing up from about Nullarbor. Luckily we didn’t lose too much food, only about a liter of milk and some sausages. Still though, that means eating into the stores of long-life stuff we keep for just such an occasion, which typically works out more expensive.

Hopefully we can return home, figure out these reliability concerns, then make some trouble free miles.