Off to the NT border and back…

We’ve now officially set foot in Australia’s Northern Territory, albeit only a few kilometers over the border. Duncan probably won’t remember this: 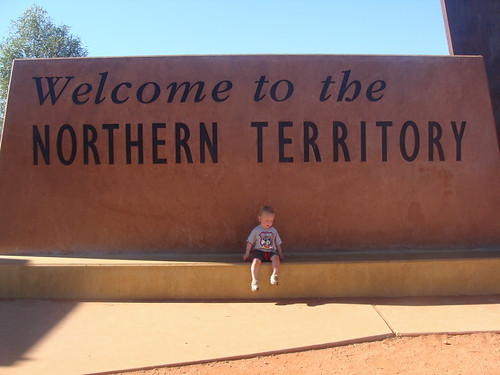 The night before we left we were up until 2am getting Dad’s ute ready for it’s maiden voyage: we were to be the rear pilot and Dad the front. We had a sign to put on, flashing lights to wire up, and a bed and kitchen to install. It was worth it in the end, Dad made some money with us and Duncan really appreciated having his Poppy on the trip with him.

The trek up and back was a little nail biting: the Transit’s been playing up. We ended up stopped at Marla for the night, simply because it had phone and internet service.