Duncan’s second birthday has come and gone, and a spectacular time was had by all. Sabriena finally got around to doing some baking here, which was actually quite the traumatic event - as I’m led to believe any American forced to use the metric system for the first time in a trial-by-fire sort of task will experience. She really pulled out all the stops and did a fantastic job for Duncan’s cake, though I’m not entirely sure if it’s age appropriate for a 2 year old: 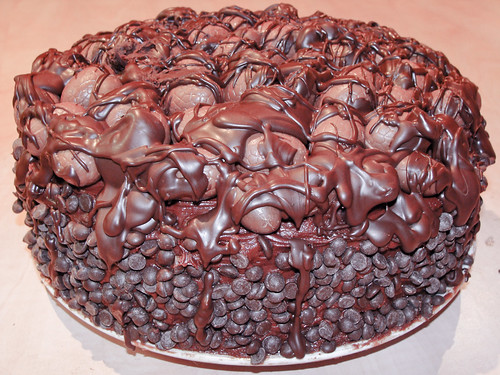 The cake itself turned out fantastic, which much to my surprise (and a little bit of relief) Duncan ate most of. It was so incredibly rich that I found myself in an eyes-bigger-than-stomach scenario pretty quickly.